Nov 26, 2019
Loading...
USNMix Report: Data consumption will increase with the arrival of 5G,
24 GB data will be used every month.
5G networks have been started in countries like America, Japan, England and China. Also, telecom companies are also expanding 5G network in these countries. On the other hand, smartphone maker companies like Xiaomi, Samsung and Vivo have also introduced devices with 5G connectivity. Recently a report was revealed in which the number of users with 5G and possible consumption of data was found.
Ericsson Mobility Report
According to the report of Ericsson Mobility, the number of users using the 5G network will reach 260 crore in the coming six years. Also, users will use up to 24 GB of data every month. In addition, by the end of 2025, 5G networks will have access to 65% of the world population. Let us tell you that South Korea launched this network in April. At the same time, in September, around 3 million users adopted the 5G network. 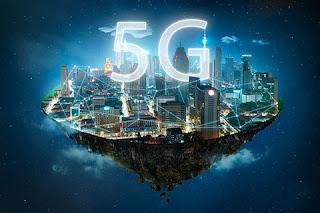 5G network launched in China
China introduced 5G network in October and now there are about 10 million users using this network. It is also expected that 5G will reach the world faster than 4G.
5G will be launched in India soon
There has been a long discussion in India about 5G connectivity. It is being speculated that telecom companies like Jio, Airtel and Vodafone will introduce 5G network by 2022. According to other reports, by 2025, 11 percent of people in India will use this network. Apart from this, tech companies can launch 500 million new smartphones by the end of 2025.
Huawei did a demo of 5G network in India
Huawei had received approval from the Indian government in October for a 5G network demo. At the same time, Huawei also hoped that the government would allow him to conduct a network trial. At the same time, 5G technology was tested by the Indian users during the India Mobile Congress 2019 event.