Jan 29, 2019
Loading...
USNMix Report: Virtual Cemetery is becoming FACEBOOK,
8,000 users are dying daily.
8,000 people are dying daily on the social media platform Facebook. By the end of this century, Facebook will be the world’s largest virtual cemetery, because there will be more profiles of dead people than those living here. Facebook is just one of the various social media platforms. Thousands of users use Twitter, Instagram, WhatsApp, Snapchat, Reddit and other apps. 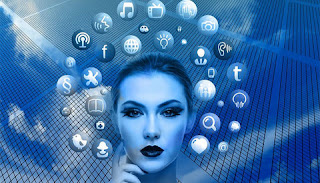 There are approximately two billion Facebook users, Whatsapp has 1.5 billion, Instagram has one billion and Twitter has 33.6 million users, of which crores of users are from India. Despite spending most of the time on digital platforms, some of us actually consider what will happen to our digital accounts after our death.
The big question is, after the death of a user of digital platforms, how do the platforms know about the need to move digital assets such as private photos, videos and posts of friends to their family? Pawan Duggal, one of the country’s top cyber law experts, says that when someone dies and has emails and social media accounts, he is a transferable property and any heir of the person concerned can take permission to run them.
Facebook allows its users to make a will, under which, after his death, he can choose any family member or any friend to run his account. Facebook says that when someone tells us that someone dies, we make his account memorable.
Under the heritage contract, the heir of the deceased can write a post on the timeline of his Facebook account. If someone likes that post, then he has to get permission from the heir to download the photos, posts and profile information of the deceased’s account. The heir, however, will not be able to log in to the deceased’s account nor read his personal messages. Alternatively, you can tell Facebook that his account can be permanently deleted after death.