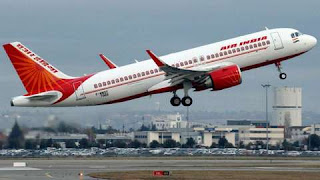 A senior Air official of Air India told PTI on condition of not disclosing the name that since the issuance of circular in August, 2017, the airline has been able to recover the remaining food and ration material and the catering department Two employees and two employees of the cabin crew have been acted against.
The officer told that after being found involved in this work, a assistant manager of the catering department and a senior assistant were suspended for 63 days and three days respectively. Officials said that in March last year two members of the New Delhi-Sydney cabin cabin-crew were warned and limited to domestic flights. Air India did not respond to questions about this.