Jul 1, 2019
Loading...
USNMix Report: Airtel will shut down 3G service in Kolkata,
gradually shutting down all over the country.
As stated by Airtel, our plan is to replace all 3G spectrum across the country and their place is being implemented in a phased manner with 4G technology.
Telecom company Bharti Airtel on Friday announced the closure of 3G services in Kolkata. This step has been taken to replace the third generation mobile technology in the country with 4G. 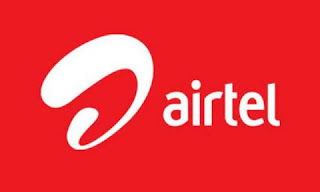 Bharti Airtel Chief Technology Officer (CTO) Randeep Sekhon said in the statement: “Our plan is to replace all 3G spectrum across the country and in their place 4G technology is being implemented in a phased manner.”
In Kolkata, Airtel will use 900 MHz frequency band for 4G service. It was used for the first 3G. He said, “Airtel has redistributed 900 MHz being used in 3G to strengthen its 4G network.The company is setting up 900 MHz band in the state-of-the-art LTE 900 technology, in 2300 MHz and 1800 MHz band 4G is a supplement to the service. ” Airtel claims that its smartphone customers with the LTE 900 technology will be able to avail the better 4G service.