Dec 1, 2019
Loading...
USNMix Report: Airtel prepaid plans also become expensive,
now you have to pay such a price.
After Vodafone and Idea, telecom company Airtel has also increased the prices of tariff plans, giving a shock to the customers. Now consumers will have to pay more money for all packs of the company. At the same time, the increased prices will come into effect from December 3. The company has increased the price of all its plans from 50 paise to Rs 1.64. Earlier, Jio, Voda-Idea and Airtel had announced to increase the price of the tariff plan in November itself. So let’s know about the increased prices of Airtel.
Airtel increased the prices of these plans
Airtel has increased the price of plans of Rs 35 and Rs 65. Now customers will be able to buy both these plans with a price tag of Rs 49 and 79. At the same time, users will get talk time of Rs 38 and 100 MB data in the Rs 49 plan. Also, the company will provide talk time of Rs 63 and 200 MB data in a recharge pack of 69 rupees. Both these plans have a validity of 28 days. On the other hand, the company has not changed the price of the 19-rupee plan. 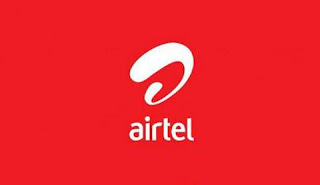