Airtel develops Wifi hotspot areas at 500 locations across the country

Mar 1, 2019
Loading...
USNMix Report: Airtel’s gifts to millions of customers,
10 GB of free data will be available to such customers.
After stepping into Reliance Jio’s Indian market, the competition in the telecom industry is constantly increasing. In this case, companies are constantly launching new plans to maintain their data base. In this order, Airtel has taken a new initiative to attract its customers.
Airtel has launched the Wi-Fi Zone service for its users. Under this, the company has developed WiFi hotspot areas at 500 locations across the country. This kind of free internet service is available to Reliance Jio, through its Jio net for its consumers. Airtel’s Wi-Fi Zone is something similar. Prepaid Consumers of Airtel can avail this service for free. 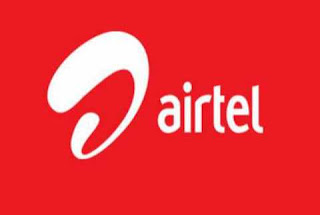 10 GB data free
Airtel consumers using this service will be given 10 GB of data free. How much data will the consumer get after the 10 GB data is over, it will depend on his existing plan. The company has just started the service for prepaid customers only. Soon it will be launched for postpaid users as well.
Airtel’s Wi-Fi Zone started here
Airtel has started service of its WiFi zone at some places in Delhi, Karnataka, Pune, Hyderabad. The company has said that they will soon launch this service in other areas of the country. The company has given information about the locations on their website where the service is available. You can get information about the location by going to Airtel’s website.
Airtel’s WiFi zones available in public places
Airtel has issued a statement saying that the Wi-Fi zone service will be available at public places like colleges, airports, hospitals. To avail the Wi-Fi zone service, you need to click on the My Wi-Fi option in the My Airtel app. After that the app will have to give some permissions. There is another option where you will have to sign on Wi-Fi zone network. Here you will find an OTP on your number, after which you will be connected to Wi-Fi.