Jul 10, 2019
Loading...
USNMix Report: Airtel launches a great prepaid plan of Rs 97,
find out what’s special about it.
The validity of this plan is 14 days. Local, STD and roaming unlimited calling is free during this period.
There is tremendous competition among telecom companies. Due to Reliance Jio, every company has to constantly make changes to the plan to retain customers. Also new plans are being launched according to need. Keeping in mind the needs of its customers, Airtel has launched a prepaid plan of Rs 97. According to the information available on Airtel’s website, the plan has just been launched for Telangana, Andhra Pradesh and Karnataka Circle. It is expected that in the coming days, it will also be implemented for other circles. 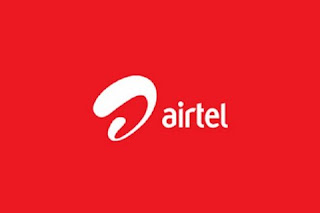 The validity of this plan is 14 days. Local, STD and roaming unlimited calling is free during this period. Apart from this, users also get 100SMS and 2GB data per day. In September 2018, Airtel launched a combo recharge of Rs 97. During that time, users were given 1.5 GB of data and 350 minutes of voice calling facility. However, this plan was closed a few months later. This time the scheme of 97 rupees has been launched in the name of “Special Recharge-STV Combo”.
Airtel also has a plan of 98 rupees. Customers get data only, calling is not available. The validity of the plan of Rs 98 is 28 days, in which the user gets 6 GB data. Also 10SMS are also available. At the same time, in the data plan of Rs 48, users get only 3 GB data for 28 days.