Skip to content
Loading...
USNMix Report: Airtel are being removed these post-paid plans soon,
Have to spend minimum amount at least every month.
The company decided that its post paid plan would start from Rs 499. This will show a positive impact on users on average revenue.
Telecom company Bharti Airtel (Airtel) has made changes to its post-paid plan. Under this step, the intention of the company is to gradually delete plan and limit number of plans to less than Rs 499. One source said that the purpose of this step is to simplify the plans. This will increase receipts from the company’s mobile consumers and improve the average revenue per users (ARPU). 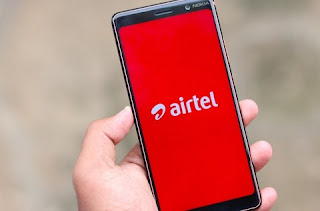 The source said that the company is gradually removing post-paid plans less than Rs 499. Other plan packs have higher prices and digital content for consumers wanting to spend more. Initially, the company has finished the plan of Rs 299. Slowly, the company will remove post paid plans of Rs 349 and Rs 399. Even the number of plans above Rs 499 will be Rs 749, Rs 999 and Rs 1,599.
When contacted, the company spokesman refused to comment. The number of consumers of the company was 284 million by December 31, 2018. The company is currently in the process of raising Rs 25,000 crore through rights issue.
According to a recent report by SBI Cap Securities, Airtel’s performance in the case of users on average revenue has improved. Gradually, this has increased by 20 percent. Reliance Jio’s ARPU has declined by 3 percent. Airtel rival Vodafone Idea on Monday reported that in the January-March quarter of the current financial year, its ARPU improved by 16.3 percent to 104 rupees, while in October-December 2018, it was 89 rupees.

Change the settings of smartphone to speed up internet speed