Oct 7, 2019
Loading...
USNMix Report: Now when your phone is just 25 seconds,
your bell will ring, companies have reduced ‘ring time’.
Bharti Airtel and Vodafone Idea have reduced the bell ringing time to 25 seconds on outgoing calls from their network. The decision was taken on behalf of the two companies due to the growing competition with Reliance Jio. Usually the duration of the phone call is 35 to 40 seconds when the call is received.
TRAI asked for a mutual solution
The purpose of this step taken by both the companies is to reduce the cost of Interconnect Use Charge (IUC) on the time of call connected. Interconnect Use Charge is paid for services provided by one network on behalf of one network. Airtel has reduced bell time across its entire network across the country, while Vodafone-Idea has implemented it in some circles. Let me tell you, the Telecom Regulatory TRAI had asked for a solution in the interconnect charge before making any decision. 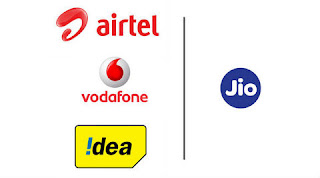 Customers can have trouble
Airtel has informed TRAI about this through a letter. Airtel said it has decided about duration the phone’s bell for 25 seconds. This decision has been made after Jio has done so. This can also cause problems for customers. As there is no clear direction from the regulatory side, the company has no other options.
Jio was accused of fraud
Let me tell you, last month all telecom companies had access to the telecom regulator TRAI over the IUC case. Jio was accused of cheating by Airtel for paying less to join calls on another network. In fact, the IUC is proposed to be abolished by January, 2020. But it is still being reviewed by the TRAI regarding its deadline.