Nov 24, 2019
Loading...
USNMix Report: Apple’s cheapest iPhone details leaked,
will get these special features
America’s tech company Apple is soon to launch its cheapest iPhone SE 2 at the global level. Also, many reports related to this phone of the company were leaked, in which information about the price and specification was found. A recent report said that production of the iPhone SE 2 will begin from the new year. But the company has not given official information about the launch of this phone. The company had earlier introduced the iPhone SE. So let’s know about the iPhone SE 2.
IPhone SE 2 leaked report
According to a Barclay Analytics report, production of the iPhone SE 2 will begin in February 2020. Earlier leaked reports said that the manufacturing of the phone will start from January. On the other hand, this phone can be launched in March. 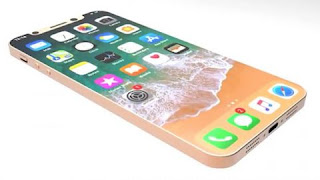