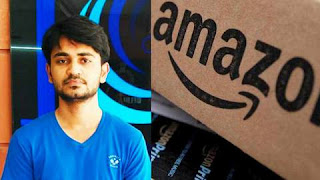 The accused created a fake website in the name of Amazon Big Billion Day Sales, not only did he earn a lot of money by advertising, but the accused stole it on the website for personal information. Along with this website, the accused had also put an app called 4Fun on the website. If the browsing was downloading this app then the accused would get Rs 6 for every app instead. The police is investigating the case after questioning the arrested accused.
Damaged the image of the Amazon
Police Deputy Commissioner of Cyber Cell said that yesterday the complaint was received by the Amazon Cellar Services Private Limited on the Delhi Police. In the complaint, Amazon officials said that a fake website has created a fake website. The accused is not just cheating with the people, but it has also damaged the image of the Amazon.
Looking for the accused with the help of IP address
In this case, the case of the accused was started immediately after registering a case. ACP Aditya Gautam, Inspector Pravin and others team started scrutinizing the case. With the help of website and IP address, the accused was arrested on Friday from Churu of Rajasthan. During the investigation, the police came to know that the accused had previously been cheating with the people by creating a similar website to get the attention of Internet traffic, to create a similar website.
Accused has come out on bail
Earlier, the accused had been arrested in connection with the website of the Indian Government giving free laptops and free solar panels. The accused is on bail in those cases. In the interrogation of the police, the accused told that he had started a fraud by creating a website just two months ago. The police is investigating the case after questioning the arrested accused.