Skip to content
Loading...
USNMix Report: You will get information about pollution levels from these apps,
use this way.
Major states like Delhi, Mumbai and Haryana are currently facing pollution. With this, the level of air and pollution is continuously deteriorating. At the same time, people are facing troubles like breathing, eye irritation, cold and cough. On the other hand, major steps have been taken by the Government of India to normalize the level of pollution.
There are many places in these cities, where the level of pollution has reached more than normal. This is causing great harm to the health of people and it can cause diseases like asthma and stroke. We have brought you the top five apps, through which you will be able to easily check the pollution level of your neighborhood. 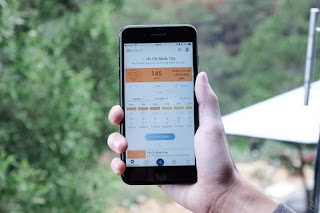 Air quality is tested with this device
Air quality is tested through the Air Quality Index (AQI). This device acts like a thermometer. This device gives information about pollution particles present in air instead of temperature. Along with this, people also get information about oxygen and nitrogen, including pollution in the air.
AQI tracks these five major pollutants: –
1. Ground Level Ozone
2. Carbon Monoxide
3. Salfer Dioxide
4. Nitrogen Dioxide
5. Airborne particle
Note: Smog pollution is a type of air pollution caused by ground level ozone and airborne particles. This also reduces visibility.
SAFAR Air App
Users can download this app from Google Play Store and App Store. The Travel App has been created by the Ministry of Earth Sciences. Users will be able to check the pollution level of the surrounding area through this app. At the same time, users will also get support for Hindi, Marathi and Gujarati languages.
Air Visual App
This app gives users information on air pollution and weather in more than 10,000 cities in real-time. Along with this, users will also get tips to avoid pollution in this app. At the same time, the Air Visual app is available on Google Play Store and App Store.
Air quality by Plume Labs app
People will be able to check the level of pollution with air reports through this app. Along with this, users will continue to get information about the status of air pollution by the hour. Apart from this, this app will also give information about people having reduced pollution. At the same time, users will be able to install from Google Play Store and App Store.
Apple maps
Apple’s map informs its users about pollution with weather. To get the information about the pollution, users first have to go down on the maps and tap on the Temprature option. After this, you will get accurate information.