Skip to content
Loading...
USNMix Report: A message was written by NASA on Instagram,
that cat Lil Bub with 24 million followers on Instagram dies.
Celebrity-turned-American star Cat died at the age of eight on Instagram. Mike Bridavsky, owner of this cat with more than 2.4 million followers on Instagram, gave this information on Instagram on Monday.
Bub, a victim of dwarf disease, was struggling with many other problems since birth. Lil Bub had helped raise five crore rupees (seven million dollars) for the betterment of animals. NASA tweeted on Bub’s death. NASA wrote, ‘We will meet you in space, dear bub. May your journey be safe.’ 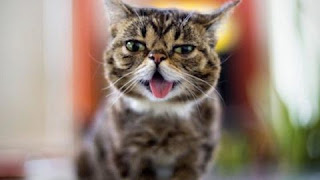 Bridavsky got Lil Bub at around two months old. A documentary ‘Lil Bub and Friends’ has also been made on Lil Bub. Bub also had a career in music. Her ‘Science and Magic: A Soundtrack to the Universe’ album was released. His remix album ‘Snoop Dogg on Moo the Jewels’ has also arrived.

Her first photo on social media came at the age of two months. After this Reddit also placed it on its front page. Lil Bub became so famous that his owner Mike Bridavsky started selling t-shirts, calendars, etc. with his photos. The proceeds from their sale were paid to Animal Rescue Group and Adoption Center.