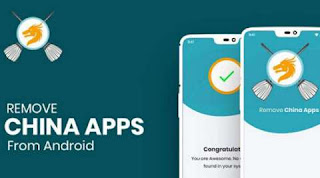 But on the other hand, TechCrunch report says that Google has removed the Remove China app from the Play Store because it violated the Deceptive Behavior Policy. Under this policy, no user can change the settings of the device or the features of the app. Also, cannot remove other apps.
Removed Mitron app from play store
Mitron App, which went viral in the name of Swadeshi, was removed from the play-store in Tiktok. The Mitron app violated spamming and content policies, which led to its removal. Now you will not find this app on Google Play Store. Let me tell you that when the protest started in India against Tiktok, the Mitron app suddenly went viral in the name of Swadeshi and more than 50 lakh people downloaded this App. A later report revealed that the Mitron app is actually from Pakistan and has been bought and published on the Play Store.