Dec 1, 2019
Loading...
USNMix Report: AI will tighten the screws on the makers of fake news with the help of AI,
new rules are released.
China has issued new rules banning online video and audio providers creating fake news using artificial intelligence (AI) and virtual reality technologies.
China’s Cyberspace Authority reported in a rule published on Friday that ‘new technologies such as artificial intelligence (AI) and virtual reality to create, spread and spread’ fake news’ to both providers and users of online video news and audio services. You do not have permission to access. These new rules will come into effect from January 1, 2020.’ 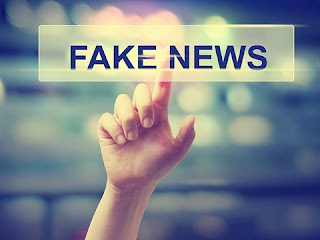 China’s Cyberspace Administration (CAC) said non-compliance with these new rules could be considered a crime. According to US investigations, concerns about ‘fake news’ have increased since the 2016 US election campaign, which has seen widespread use of online propaganda. China’s top statutory body reported that earlier this year he was considering making ‘fake news’ technology illegal.