China delegation will go to US despite Trumps threat

May 7, 2019
USNMix Report: Donald Trump threatens China,
China delegation still will go to US.
Despite the sudden threat of US President Donald Trump’s $ 200 billion Chinese goods increased, the high level delegation of China will go to America for a key business negotiation. A senior Chinese official said this on Monday. This statement came from China Foreign Ministry spokesman Geng Shuang’s time when some media reports said that China has decided to consider canceling the proposed high level trade talks on Wednesday. This saw a huge upturn in Asian stock markets and oil prices were also affected.
Two big economies are heading towards a trade war
After this statement, the problem has arisen in front of the trade talks between the two countries beginning December last year. Also, it seems that the world’s two largest economies are moving towards a trade war. It is worth noting that on Sunday, Trump said in a tweet that with the coming Friday, it can increase the duty rate from 10 percent to 25 percent of the $ 200 billion goods imported from China. 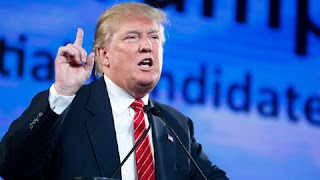 Chinese team preparing for trade talks
Shuang said that China is trying to gather more information about this sudden announcement of Trump. Regarding the visit of China’s trade delegation to the US, Shuang said that according to the delegation plan, Washington will go to Washington. A Chinese team is preparing for a business negotiation in the US.
The purpose of the meeting is to find a solution to trade war between the two countries. It is notable that a high level Chinese delegation headed by Deputy Prime Minister Liu Yandong was scheduled to meet in Washington this week. The purpose of this meeting is to find a solution to the trade war between the two countries to overcome the concerns of the global economy. Although Shuang did not give any information about who could join the Chinese side in the meeting on Wednesday.
On Sunday, the Wall Street Journal said, “China is considering canceling business talks starting in Washington on Wednesday.” The report said, “In recent times, it was expected on a large scale that any agreement can be reached by Friday.”
CNBC News quoted the source as saying that the Chinese Deputy Prime Minister can cancel his visit to the last round of talks and with that 100-member delegation can also cancel the visit. Earlier, US officials had said that any agreement can be reached by Friday, but Trump’s tweet has put some in the doubt.