Mar 4, 2019
Loading...
USNMix Report: China is going to increase its defense budget,
so billions of dollars will spent.
After the US, China is second in the defense budget.
China, which spent most of the time on defense after the US, defended heavy allocation on Monday in this item. At the same time, he pointed out this year that the defense budget was going to increase further and said that he did not create any ‘threat’ for any other country. China had increased its defense budget by 8.1 percent last year. With this, its expenditure on the defense sector has increased to $ 175 billion, which is three times more than India. 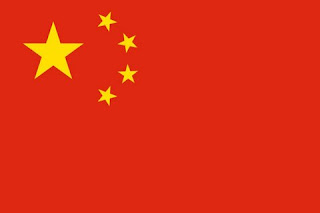 At the same time, China’s Prime Minister Li Keqiang will announce the exact figures in the details of his work during the annual session of the National People’s Congress (NPC) on Tuesday. Although NPC spokesman Zhang Yesui indicated in the media on Monday that China would continue to spend huge on defense He said that the increase in defense expenditure of the country is less compared to other ‘major developing countries’.
Zhang said, “Whether a country is a military threat to another country or not, it should not be assessed by the increase in defense spending, but on the basis of its foreign and national defense policy.”
The Indian government has allocated Rs 2.95 lakh crore for the defense budget in fiscal year 2018-19, which is 7.81 percent more than the previous year’s 2.74 lakh crore rupees. In the General Budget presented on February 1, a total amount of Rs 99,947 crore has been fixed for the purchase of new weapons, aircraft, warships and other military equipment for the three services of the Army under the Total Defense budget. 12.10 percent of the allocation for the total budget of Rs 24,42,213 crore for the Defense Budget 2018-19.