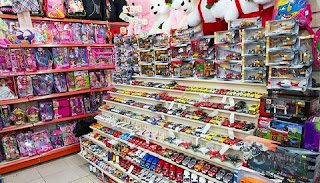 According to an estimate, the value of Chinese goods sold during Diwali in 2018 was around Rs 8000 crore, while this year the sale of Chinese goods on the festival of Diwali was around Rs 3200 crore.
CAIT National General Secretary Praveen Khandelwal said, “This year, we had given advance advice to traders and importers across the country in the month of July to boycott Chinese products on the festival of Diwali and as a result, importers from China in very small quantities Imported goods and on the other hand merchants also put more emphasis on buying indigenous goods and this was the reason that this year Diwali festival had Chi The availability of Ni products was extremely low.
This tremendous decline in the sale of Chinese products reflects the buying mentality of Indian traders and the changing buying behavior of Indian consumers.
A large decline in sales of Chinese products, especially gift items, electrical gadgets, fancy lights, kitchenware and kitchen appliances, plastic items, Indian gods and figurines, home decor items, toys, electronic items, wall hangings, according to a CAIT survey. , Mainly in lamps, home furnishing items, footwear, garments and fashion apparel etc.
Around 85% of the traders surveyed said that they saw a decline in sales of Chinese products during this Diwali festival while the remaining 15% of the traders believed that there is still a Chinese goods market in India.
The survey was conducted from October 24 to October 29 in which 21 major cities of the country are Delhi, Mumbai, Chennai, Bengaluru, Hyderabad, Raipur, Nagpur, Pune, Bhopal, Jaipur, Lucknow, Kanpur, Ahmedabad, Ranchi, Dehradun, Jammu, Coimbatore , Bhubaneswar, Kolkata, Pondicherry and Tinsukia.