Skip to content
Loading...
USNMix Report: Now you will also be able to create Facebook account from videos,
learn how.
More than half of the world’s population is currently connected with their friends and family members on the social media platform Facebook. Through this platform, people share their photos and videos. At the same time, social media company Facebook also continues to introduce new features for its users. In this episode, the company is now ready to launch a special feature. Users have to register a selfie video to verify the account through the upcoming feature.
New feature of Facebook
Through this feature, Facebook will ask its users to take video selfies for verification. This will prove that users are humans, but not robots. At present, the company has put this new feature in the testing phase. To use this feature, users must first bring their eyes to the correct level. After this, you have to fit your face in a circular frame. After the process is complete, users will be able to create an account from their video. 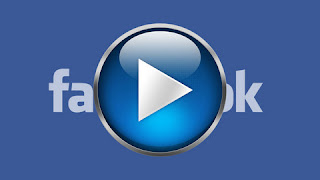 Recently, Facebook changed its logo
Facebook has launched a new logo to look different from other social media apps. The company will promote itself separately from the app through this new logo. Also, this new logo will give the company a different identity from the Facebook app.
At the same time, the company’s marketing officer Antonio Lucio has said that this new logo has been designed for special branding. He has further said that custom typography and capitalization have been used to make the visual of the logo different from the app.
Facebook brought dating feature
Facebook had also released its dating feature in the US before the video verification feature, although the feature only came out in May last year. Facebook’s dating feature will be found on the main app, but people will also be able to connect to their Instagram.
If sources are to be believed, by the end of 2019, Instagram stories will get an option to share on the dating profile. Facebook’s dating service will work like the existing apps. The advantage of this dating feature is that you will be able to choose your matching in your Instagram followers and Facebook friends.