Nov 4, 2019
Loading...
USNMix Report: This app is in your phone,
delete it immediately, bank account can be empty at any time.
There has been an uproar over the spying of WhatsApp since last week. Recently Priyanka Gandhi Vadra has also said that her WhatsApp account has been hacked. This is just a recent incident. All such news will be read and heard by you daily. Now a report has come out about a similar Android app that can empty people’s bank accounts at any time. Let’s know about this app.
Actually there is a keyboard app on the Google Play Store which has been downloaded by millions. Without the permission of this keyboard app users are buying premium content from the backing app or digital payment wallet in their phone. In such a situation, people are not even aware and money is also disappearing from their account. 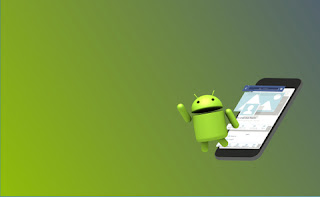 The name of this app is ‘ai.type’. The great thing is that this app is still present on the Play-Store and more than one million people have downloaded it so far. However, some transactions done by this app have also been prevented by Secure-D.
Explain that Secure-D is an anti-fraud solution company. At the same time, it is also reported that by the time this app came in the eyes of Secure-D, 1,10,000 phones had been victimized by this app. The victims of ai.type have been victims of 13 countries and have been cheated for about $ 18 million i.e. about Rs 1,27,32,21,000.
Significantly, Google has deleted many suspicious apps from the Play-Store a few days ago. In such a situation, it is important for you to keep your phone updated and delete any unknown app in the phone. Apart from this, do not get used to the useless keyboard and photo editing apps.