Feb 4, 2019
Loading...
USNMix Report: Smartphone with 18,000mAh battery will soon launch,
learn more.
These smartphones have the possibility to feature pop-up selfie camera, foldable display.
This year many such smartphones are going to come and you will be shocked to learn about the feature. Battery maker Energizer has announced to launch 26 smartphones in the Mobile World Congress (MWC) held in Barcelona. The company has said that these smartphones will feature pop-up selfie camera, foldable display and 18,000mAh battery. The company has decided to launch a smartphone in every segment. 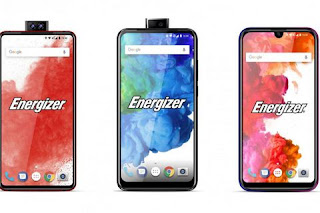 It is expected that in the Mobile World Congress-2019, the company can launch Ultimate U620S Pop and U630S Pop two smartphones. According to leaked news, both smartphones will have dual selfie cameras which will work as a pop-up camera. According to the information, U630S Pop will have three rear cameras, 16MP + 5MP + 2MP.
Speaking of specifications, the RAM 6 GB and internal memory will be 128 GB. Apart from this, Power Max P16K Pro can also be launched in the Mobile World Congress. The battery of this smartphone will be 16,000mAh.