Loading...
USNMix Report: 6 crore jobs will not get the benefit of NPS,
the Labor Ministry has rejected the proposal.
6 million job-seekers will not have the opportunity to choose NPS. After opposition from trade unions, the Labor Ministry has decided to abandon the proposal. The EPFO along with the trade unions also opposed it. According to a media report, after the objection of the EPFO and the trade union, the Labor Ministry has decided to let the old system continue. 6 crore job subscribers will be subscribers to EPFO.
What is the benefit
According to the Economic Times news, the government wanted to give private sector employees the right to choose one of the options in EPS or NPS. The EPFO had previously agreed to the government’s proposal. But after the response of the EPFO’s Central Board of Trustees and the Employees Union, the Labor Ministry withdrew. The government had proposed to give the option of selecting NPS to the EPFO subscribers in the 2015-16 budget. 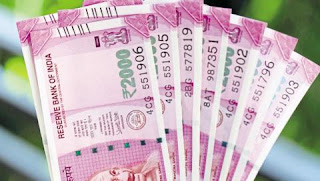