Mar 12, 2019
Loading...
USNMix Report: Good news for Jet Airways,
Etihad may invest 1900 million.
Jet Airways is standing because of not paying more than 50 airfare fare.
Jet Airways chairman Naresh Goyal, who was battling the crisis, wrote a letter to Etihad Airways demanding Rs 750 crore immediately. He said that if this help was not given immediately, the company would be closed. In this case, this news is a relief for Jet Airways. According to sources, Etihad can invest between 1600 and 1900 crores. Sources said that under this proposed deal, if Etihad is invested in Jet Airways, then Naresh Goyal will have to resign from the post of Chairman of the domestic aviation company. 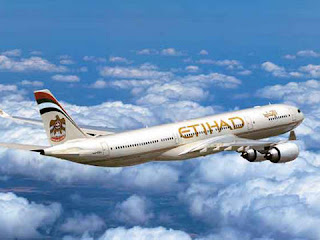 Full aviation service company Jet Airways is struggling with serious financial problems. Because of this, he has to park many of his planes and he is also delaying salary payment and loan payment of the employees. Sources said that after investing Rs 1,600 to Rs 1,900 crore in Jet Airways, the stake in Etihad’s airline would increase to 24.9 percent. Now Etihad’s share is 24 percent.
Under the proposed agreement, Goyal will have to step down from the post of Chairman and Director of Jet Airways, although he can nominate two persons at the airline’s board of directors. Goyal may be nominated as Chairman of the Emirates, while his son Nivaan Goyal can be given a suitable executive post with certain conditions. Sources have given this information.