May 23, 2019
Loading...
USNMix Report: Japan will cooperate with China and Thailand
for the complaint in WTO against India
Against the imposition of import duty in India on some information and communications technology products, including mobile phones, the EU, China and Thailand also want to join the discussion in the case filed by Japan in the World Trade Organization (WTO). Some technology exporters like Singapore, Canada and Chinese Taipei have already expressed their willingness to join this discussion.
The EU, China and Thailand have written to the World Trade Organization that they have a great interest in the business of Information and Communication Technology (ICT) items, so they are interested in joining the consultation process in this matter. Japan has complained about WTO against India on May 14 for imposing import duty on some electronic and communications technology items including mobile phones. He claims that imposing duty on such products in India is a violation of the WTO rules because India has kept the fee level on such products zero percent. 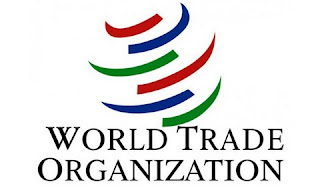 In separate information, China said that the interest in the matter is also linked as it is the main exporter of information technology products in the world. Already filed a case against India, the European Union has also said that its business interests are connected and they wants to join the consultation process. Thailand also claimed that it would affect its sales and exports of such items.
Consultation under WTO rules is the first step of the dispute settlement process. If this process is not a satisfactory result, then Japan can urge the WTO to constitute a dispute committee for the decision in the matter. Whichever countries want to join the consultation process, they need to get approval from India and Japan. It is notable that in order to curb the current account deficit, India increased import duty on some communications technology products to 20 percent in October last year.