Apr 4, 2019
Loading...
USNMix Report: Facebook will entry in the media field,
bringing ‘news tab’ for reliable news. Facebook for News will contact the publishers directly.
Facebook CEO Mark Zuckerberg said that 10 to 15 percent of Facebook users will be interested in a dedicated ‘News tab’.
Facebook Chief Executive Mark Zuckerberg said on Tuesday that Facebook is working on a “News Tab” that can be used to support “high quality and dependable” journalism financially. Zuckerberg gave this statement during a video conversation on the future of technology and society with Matthias Daufner and German media giant Axel Springer. 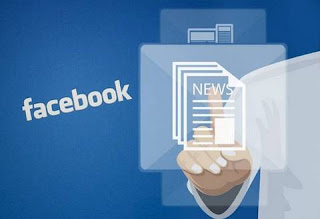 Zuckerberg said that he is interested in making a separate product from his personal feed, which will help people who want news from professional media. Zuckerberg said in the video, “We want it to bring high quality and reliable information.” He said, ‘There are many people who want more news.’
He believes that 10 to 15 percent of Facebook users will be interested in a dedicated ‘News tab’. He said, “We will not show the reports made by journalists.” Zuckerberg said, “Facebook can potentially have a direct connection with publishers to ensure that their content is available.”