Nov 29, 2019
Loading...
USNMix Report: Facebook, Instagram server stalled all over the world,
people were upset.
The server of social networking website Facebook and Instagram has been shut down all over the world. Because of this, people are getting very upset because they are not able to post any kind. This problem is coming on the desktop as well as the app.
Trouble started at 7.15 am
On Thursday evening at 7.15 minutes Indian time this trouble started. People are also referring to this on Twitter. #Facebookdown on Twitter, #instagramdown is trending fast. For some people, the news feed of Facebook is looking blank, as of now no statement has been issued by the company. Some users are getting the error of Sorry, something went wrong, then some users’ page is not loading. 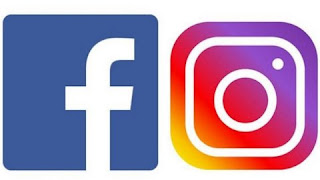 Logging out automatically
People are logging out on Facebook and Instagram on their own. Many users say that they do not see any post or even newsfeed. However, this has not affected WhatsApp.
The company did not officially announce
No official announcement has been made by the company about the downfall of both platforms. According to the down detector, it has had the most impact in India including the UK, Belarus, Denmark, Germany. Talking about the feedback of the users, 74% of Instagram users are those who have had difficulty in accessing the news feed.
Let me tell you, this is not the first time that sites have been down for users. Even before this, suddenly the servers of Facebook and its affiliates were down all over the world. Facebook had then identified a common server responsible for this happening.