Facebook is being investigated for Data theft in US election

Mar 17, 2019
USNMix Report: Report claims, Facebook knew
that the use of theft data in the US election.
Cambridge Analytica is accused of using personal information of 8.7 million American people to win Donald Trump.
The US Federal Prosecutor is now investigating whether the top executives of Facebook stuck in the data were aware of data theft of British analytics company Cambridge Analytica. According to a report published on Sunday in The Guardian, federal prosecutors are investigating claims, according to which Facebook had put a curtain on Cambridge analytics. 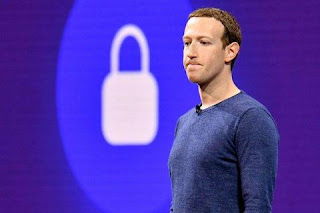 According to the report, “Analysts have also heard the claims that shortly after committing the promotion of Trump, There was a meeting between Analytica Whistleblower Christopher with the Facebook board member and its CEO Mark Zuckerberg’s trustee and Cambridge Analytica, in 2016.“
Facebook has denied for a long time that it was aware of the British Political Consultancy Company’s stealing personal details of about 8.7 million people from Facebook for presidential elections held in 2016 in the United States. A Facebook spokesman told The New York Times, “We are collaborating with investigators and taking this investigation seriously.” In December 2018, Washington DC’s top prosecutor filed a case against the company for punishing it for the role of Facebook in the case of Cambridge Analytica. The US Securities and Exchange Commission, the Federal Trade Commission and the Justice Department are also investigating the Facebook.