Skip to content
Loading...
USNMix Report: Bonfire Group will not be able to talk on video chat,
big decision of Facebook.
Facebook has decided to shut down a clone of the ‘HouseParty’ main app of group video chat. According to the report of ‘The Verge’ Friday, the cloned app called ‘Bonfire’ will stop working this month.
Facebook launched its test in 2017. In a statement, Facebook said, “In May, we are shutting down the ‘Bonefire’, we will include those elements that we have learned from in other current and future products.” 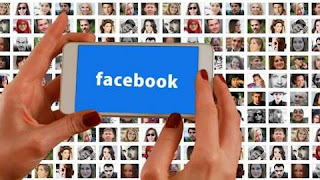 Beginning at the end of 2017
The app’s trial began in Denmark in late 2017. The main app ‘HouseParty’ is a group video chat app, when the participants open it, they know who are online and they can video chat with them. Facebook is also adding features like group video chat to other platforms like Instagram and Messenger.
HouseParty has not disclosed how many people use the app till recently. Facebook is adding the group video chat feature to its other app from time to time, which includes Instagram and Messenger. This week at Facebook’s F8 Developer Conference, the company announced that the facility to watch the video together in Messenger will be live in the app soon.

Indians can be empowered through Artificial Intelligence