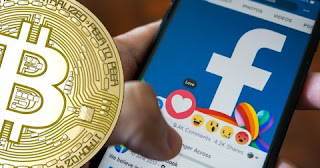 Facebook has said that it is searching for ways to use the power of Block-chain technology. In an interview to Harvard Law Professor Jonathan L. Zittrain in February, Facebook’s Chief Executive Officer Mark Zuckerberg had said that he is taking interest to introduce Facebook to Block-chain technology.
According to him, blockbuster can make users more powerful to use third-party apps. Facebook has promoted Ivan Cheng, one of his senior engineers as his recently launched Blockchain Department’s Director of Engineering.
Zuckerberg had told Zittrain, “I am thinking about descentralised or blockchain credentials. Although I have not taken the method to do it, but it is like the authenticity and is basically getting your information and various services. “