Dec 3, 2019
Loading...
USNMix Report: Transferring videos and photos
from Facebook to Google Photos became easy, learn how.
Veteran social media company Facebook has launched photo transfer tool at global level, through which users will be able to directly transfer photos and videos shared on social sites to Google photo platform. Currently, the company is testing this tool in Ireland. According to media reports, Facebook will soon introduce this latest tool in other countries. Let me tell you that this tool of Facebook has also been a part of the data transfer project.
Facebook’s data transfer tool
Facebook’s tool provides users with a way to transfer data between Apple, Google, Microsoft and Twitter. The company has written in its official blog post that through this tool, users can easily transfer data between different platforms with different sizes and services safely. This method is called data portable. 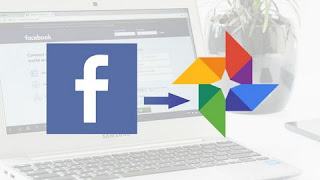