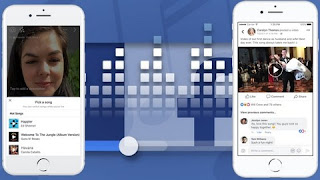 Facebook said, ‘This facility is being started from today. Now Indian users can share thousands of licensed Indian music with their posts and videos on Facebook. This will help them make their posts more meaningful and private. ‘ Prior to this partnership, Facebook was able to remove videos or posts created using such songs because of copyright cases.
Director of Facebook’s India operations partnership chief Manish Chopra said, “We are very excited about the partnership with the Indian music industry. The idea is that people in India will be able to include music in their video on Facebook and Instagram. It will give many other options to share and express memories with friends and family members. ‘ This partnership allows people to share the many old and regional songs from his video “Street Boy” and “Will your time ‘as new songs.