Mar 18, 2019
Loading...
USNMix Report: Two big officials left Facebook,
now join in this project.
Two top Facebook officials of social media website Facebook will soon be taking a call from the company. Among those who left the company are Facebook’s product head Chris Cox. He has been with Facebook Chief Executive Mark Zuckerberg for a long time. Zuckerberg wrote in his post on Thursday that Chris Daniels will also quit Facebook. She is working as head of the messaging app WhatsApp.
Zuckerberg wrote that Cox had been thinking of leaving the company for a long time in the new project, but in 2016 he decided to stay in the company. 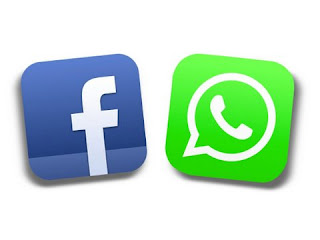 Controversies such as interference in election process are ongoing
At the moment, Facebook was struggling with issues such as misinformation and interference in the election process. Cox was connected to Facebook 13 years ago and helped to create the Facebook News Feed feature. In less than a year, he was given the responsibility of all the Facebook app including Instagram, Whatsapp and Messenger. Daniels was connected to Facebook about 9 years ago. Currently he is working as a Whatsapp chief. Now Facebook’s senior official Will Cathcart will take over the responsibility of WhatSapp.
Facebook and Instagram Down Before this, Facebook and Instagram were down on Wednesday night. Thousands of users had to face problems even after Thursday’s problem after both such social networking website encountered problems. However this error was later removed. Facebook and Instagram were trending on #FacebookDown and #InstagramDown tagging on Twitter.