Loading...
USNMix Report: Facebook removes false information advertisement.
In a report on Sunday, CNET said that Facebook’s fact-checking partner Lead Stories said in a post on Saturday that it had asked the social network to remove the ad, calling the ad false.
Facebook has removed a political advertisement that misinformed Republican Senator Lindsey Graham. It has been reported that under the third-party fact-checking of social networking giant Facebook (Facebook), advertisements of politicians have been exempted and political groups have not been given any exemption. The advertisement was put up by a political action committee called The Really Online Lefty League to test Facebook’s fact-checking program. 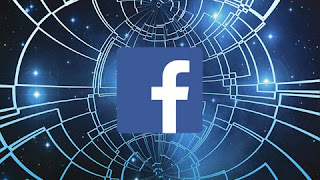 The advertisement falsely claimed that the Republican senator supported the Green New Deal proposed by some Democrats.
CNET reported in a report on Sunday that Lead Stories, a Facebook fact-checking partner, said in one of its posts on Saturday that it called the social network to remove the ad, calling the ad false.
New York Democrat Alexandria Ocasio-Cortez also questioned Facebook CEO Mark Zuckerberg during a recent congressional hearing in connection with the advertisement. During the hearing, Cortez questioned Zuckerberg about the policies of Facebook on false news.