Loading...
USNMix Report: Beware: 100 developers have stolen
your personal data from Facebook.
Social media company Facebook has been in discussion for a long time about data leaks. Once again, the company has admitted that around 100 app developers have accessed users’ data incorrectly, including profile photos, group activity and many other information. But the company has not confirmed this information officially.
Last year, Facebook had banned many groups keeping in mind the security of users’ data. Sources believe that the number of developers will be more in the case of data hacks. Facebook has not yet made public the names of the developers. On the other hand, the company has not yet known from where the data of the users is being monitored. 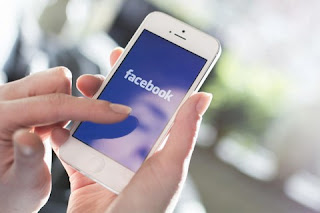 Developers got access to profile photo
Facebook has said in its official post that we have found in our investigation that the developers are stealing information such as profile photo and name of the users through the group API (the link between the connection of the two apps). We had already removed access to these apps. From our side, restrictions were placed in the group API, but even after that the developers had access to the data.
Facebook had made several changes to the platform of the Group API to make users’ data completely secure. At the same time, in 2018 Facebook also made new rules for app developers, which required them to get permission before using the group API.
11 developers accessed data three months ago
11 developers obtained information about users associated with Facebook’s group three months ago. The developers had accessed the data of the group members with the help of third-party apps, but the users were not aware of it.