Jun 3, 2020
Loading...
USNMix Report: Facebook partners with Saregama after Jio,
users will get these benefits
Global partnership between Facebook and Saregama. Facebook, Instagram users will get copyright free music. Music can be used in video.
Facebook is continuously partnering with Indian companies. Just a few days ago Facebook partnered with Jio and now the company has announced a partnership with Saregama. There is a global agreement between Facebook and Saregama, under which its music can be used on Facebook and Instagram for video and other experiences. 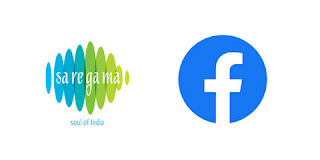 The company said in a statement that the partnership would allow users to use its music on Facebook and Instagram for videos, stories, stickers and other creative content. The statement said that users can also add songs to their Facebook profile.
Saregama India Managing Director Vikram Mehra said, “Now millions of Facebook users will be able to add music from our vast collection of stories and videos that they make.” Saregama has film songs, devotional music, in over 25 languages, There are over one lakh songs of many different genres including Ghazal and Indipop.