Skip to content
Loading...
USNMix Report: Facebook is bringing this great feature,
users will be able to hide likes count.
After launching this feature, users will have the facility that they can hide like count on their post.
The number of Facebook users in our country is more than 24 crore. At the same time, the number of Instagram users is also around 7.5 crores. People are coming fast on these social media platforms. Most users wish that they get maximum likes and comments here. However, the number of users who want privacy in this matter is not less. Keeping in mind the needs of these users, Facebook is working on a new feature. 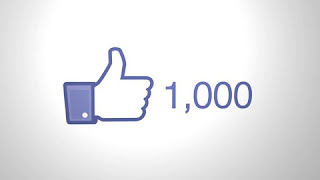 According to the report, after launching this feature, users will have the facility that they can hide like count on their post. Meaning, how many likes have been received to a post or photo, they can see it, but other users cannot see it. The count of your timeline will be closed to other users. At the moment, it has been said from Facebook that the test is going on. At the moment, no decision has been taken to include this feature.
Earlier Instagram has added this feature. Currently, this feature is working in 6 countries. Regarding this feature, it was said on behalf of the company that there is no mental pressure on the users due to lack of likes count. Many users feel mental pressure when fewer likes come. Keeping in mind their convenience, this feature has been included.