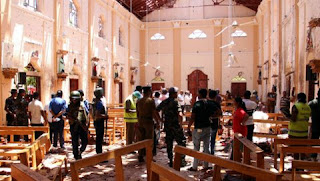 It is noteworthy that after a controversy over the Facebook post of a Muslim shopkeeper, the mob attacked a mosque and some shops in Chilaw city.
Officials said that Facebook and WhatsApp have been banned since midnight following clashes with minority Muslims and majority Sinhalese. On Sunday evening, unrest spread to Kuliyapitiya, where a mosque and some Muslim shopkeepers were attacked.
Due to this, the curfew was put in the area. Police spokesman Ruwan Gunasekara said that the curfew has been removed from Kuliyapitiya and Chilaw.