Jun 30, 2019
Loading...
USNMix Report: Facebook is preparing to stop the Fake video,
Zuckerberg gives the information.
Zuckerberg believes that the ‘Deep Fake’ video is absolutely an item in the next category and should be kept separate from the category of videos giving false information.
Facebook CEO Mark Zuckerberg has said that he is evaluating the fact that to prevent duplicate video (Deep Fake), which is completely realistic through the use of artificial intelligence and modern techniques (advanced technology) Type of steps should be taken. In an interview he said that the ‘Deep Fake Video’ should deal differently from the video that disturbs the wrong information. 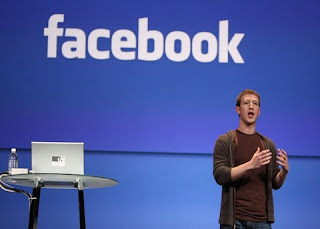 Identifying information is not a Facebook job- Mark
Facebook has long believed that it is not his job to decide which information is factually correct and which is wrong. According to the company, this work is for people who are investigating facts. Zuckerberg believes that the ‘Deep Fake’ video is absolutely an item class and should be kept separate from the category of videos giving false information. He said that artificial intelligence is moving very fast and in such a way, the development of policy regarding such video is ‘very important’.
Fake Video Big Threat to Social Media
It is worth mentioning that the danger associated with the Deep Fake video has emerged in recent years and other social media companies, including Facebook, do not have any policy yet to deal with it. In fact, through the use of artificial intelligence and the use of modern techniques, the trend of putting a person’s face on a video clip in recent times has increased rapidly. Through this artificially clips are being developed that look absolutely real to see.