Loading...
USNMix Report: Big decision of China,
we will not be able to use mobile without face scan.
China is called the country of surveillance, because the government that the people of China monitor is rarely in any other country. The Chinese government has now enacted a new law under which you will not get a SIM card without face scan and you will not be able to use the phone. This decision of the Chinese government is being disputed and the privacy of the people is being questioned. Let’s understand this whole matter in detail.
What are the new rules?
In many countries, when buying a new mobile or SIM card, people have to show their identity card, but now people have to undergo face scan to prove their identity in China. China has been trying to enforce such rules for many years so that everyone can use the Internet with their true identity. These new rules for telecom operators were formulated by the Ministry of Industry and Information Technology so that the system can be strengthened and the government can identify all mobile phone users as people also use the Internet through phones. 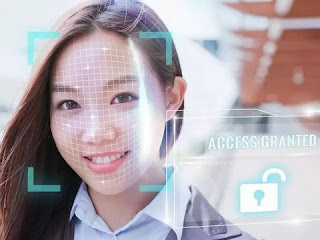 Should people be upset?

When the rules were announced in September, the Chinese media did not pay much attention to it. But, hundreds of social media users have expressed concern about collecting their data on a large scale. A user of microblogging website Sina Weibo said, “People are being closely monitored. They do not know what they are afraid of. Many other people have also complained that data breach has occurred in China many times. China is already censoring content on the Internet on a large scale and makes policies regarding it so that people cannot see and speak what the government does not want.
Facial recognition in china
China is often called a surveillance country. In 2017, 17 million CCTV cameras were installed across the country. Also, by 2020, there was a target to install 400 million cameras. Apart from this, China is creating a ‘social credit’ system so that the conduct and public interaction of all its citizens can be kept in one database. Facial recognition techniques play an important role in surveillance systems and its use to catch fugitives is also praised. Last year, there was a news that the police caught a fugitive among 60 thousand people in a concert with the help of this technique. Facial recognition is becoming a part of common life in China. They are used more and more for shopping in shops and supermarkets.