Nov 6, 2019
Loading...
USNMix Report: Nokia is about to launch Smart TV soon,
will give tough competition to Xiaomi and Samsung.
The trend of smart TV in the country has increased a lot over the last several years, due to which Smartphone manufacturer companies like Motorola, Samsung and Xiaomi have entered the smart TV market with affordable prices. At the same time, now in this episode, popular company Nokia (Nokia) is also going to launch smart TV with e-commerce site Flipkart. Customers will soon be able to buy Nokia’s Smart TV from Flipkart’s platform. Earlier Motorola also partnered with Flipkart for its smart TV.
Flipkart gave a big statement about Nokia
Flipkart has said that Nokia will better understand the demand of Indian customers through us. At the same time, the company will be able to decide on TV production and distribution properly keeping in mind the budget and demand of the customers. But Flipkart will automatically manage the end-to-end market strategy. 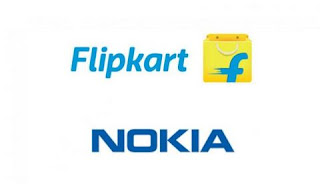 JBL speakers will get support
According to the report, Nokia’s Smart TV will get support for JBL speakers and sound programs. Let us tell you that JBL is one of the finest sound products companies in the world.
Smart TV will work on this operating system
If sources are to be believed, Nokia’s Smart TV will work on Android operating system. At the same time, the look of these devices is very similar to Motorola’s Smart TV. However, the company has not shared any official information about the price and specification of its smart TV.