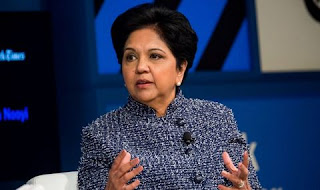 Pieces of PepsiCo, held for 12 years
“We are very excited about the selection of two new members in our board of directors this month,” said a statement from Amazon. Rose Brewer and Indra Nooyi, you are welcome. ‘ Nooyi will be a member of Amazon’s Audit Committee. 63-year-old Nooyi, who was born in India, resigned from the post in August last year after assuming the appointment of PepsiCo for 12 years.
World Bank presidential race included
Earlier in a New York Times report, it was claimed that the White House is considering the name of the White House Indra Nooyi for the post of President. According to the news, the daughter of US President Donald Trump, Ivanka Trump, has called ‘Nooyi as an administrative ally’. Ivanka is playing a key role in the nomination process for the new head of World Bank. Sources said that the process of selection of the World Bank chief is in the initial stage.