Feb 26, 2019
Loading...
USNMix Report: The impact of the Pulwama attack,
the foreign investors pulled out Rs.1900 crore.
Between 1 and 22 February, Foreign Portfolio Investor (FPI) extracted a total of Rs 1,949 crore from debt securities.
In view of the increased cross-border tensions after the Pulwama terrorist attack, Foreign Portfolio Investors (FPI) has cleared more than Rs 1,900 crore in debt securities in the month of February. According to the latest data, FPI (Foreign Portfolio Investment) bought 2,039 crore rupees in shares this month till 22nd February while they were sold in debentures. In January, FPI had net outflow of Rs 5,360 crore in both the bonds and shares. 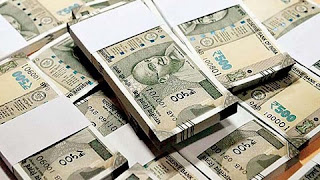 According to the data, between February 1 and 22, the FPI withdrew a total of Rs 1,949 crore from the bonds. However, they invested more in the stock market. In this way, they remain pure list of just Rs 98 crore in the securities and shares. Himanshu Shrivastava, senior analyst manager (research) at Morningstar Investment Advisor India, said that due to recent selling of FPI, the tension between India and Pakistan can be considered after the Pulwama terrorist attack.
He said, “FPI has been cautioning about India for a long time. In such a situation, their perceptions from the recent events have also been affected. “Srivastava said that it is quick to estimate the direction of FPI investment as they are being affected by short-term activities and event specific. He said that besides the cross-border tension, the FPI is also taking cognizance of the outcome of the forthcoming general elections.