Loading...
USNMix Report: Freedom of free incoming may end,
money will also have to be given to receive calls.
Mobile service provider companies have introduced new tariff rates, which will increase customer spending by one and a half times. Companies have dealt the biggest blow to incoming calls, where customers will be charged 6 paise per minute for calling on other networks under the Fair Usage Policy (FUP). Analysts say this is just the beginning and that the free incoming call round could end completely in the coming two-three quarters.
SBI Capital Securities chief researcher Rajiv Sharma said that earlier Jio started charging 6 paise per minute under IUC charge on calls on other networks and now Voda Idea and Airtel have also put FUP. 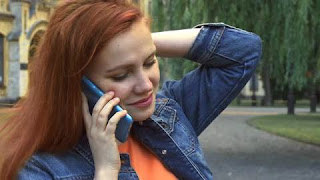 He said that the price of the vice call is back again. It cannot go down to zero at the moment, as companies use FUP and off net for this. It is possible that telecom companies will start charging calling charges on their network in the next 6-9 months and the round of free incoming calls is over.
Live customers can live in profit
Telecom experts say that when Jio announces its new tariff on 6 December, it can provide more relief to customers than its rival companies. The company had earlier also said that we will give 20 percent cheaper tariff than other companies, while the services will continue to increase by 300 percent.
Apart from this, Jio not only has the highest number of customers, but 90 percent of its customers are prepaid, so that the company can earn big profits by increasing the lower fees. At the same time, about 30 percent of the total customers of Voda Idea and Airtel are postpaid and the company has not increased this segment.
Shares went up, 33 thousand crore capital increased
The shares of telecom companies reached a one-year high on Monday after the tariff announcement. Voda Idea, Airtel and Jio jointly added 33 thousand crore capital. Voda Idea shares rose 7.79 per cent on the BSE and the company’s capitalization increased by Rs 2,700 crore. Similarly, Airtel shares rose 3.67 percent and the company got a capitalization of Rs 8,300 crore. Reliance Jio saw a 2.28 per cent jump, increasing the company’s market capitalization to Rs 22,000 crore.