GeM Government e-Marketplace will compete with Flipkart and Amazon 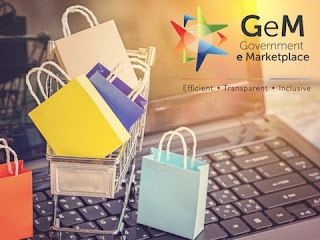 Strength of GeM: –
The strength of GeM can be gauged from the fact that the total order value on GeM is currently more than Rs 36,000 crore. Not only this, on GeM, about 40,000 buyer organization ie more than 2 lakh 95 thousand seller organization are registered. At the same time, GeM has so far entered into an agreement with 7 government banks to make payment easier to the seller, while an agreement with 6 more banks is going to happen soon.
Important things: –
# GeM Total Order Value 36,952
There have been 26,36,046 orders through # GeM.
# GeM has 39,968 total buyers registrations.
# 2 lakh More than 95 sellers are also registered.
# More than 14 lakh products are available on GeM.
# 220 PSU companies are already registered with GeM.