Feb 2, 2019
Loading...
USNMix Report: For the first time global smartphone fall market,
this brand is on top.
In the fourth quarter of 2018, smartphones sales declined by 7 percent.
For the first time in 2018, the global smartphone market declined, which fell 4 percent from 2017 total of 155.88 million units to 149.83 million units in 2018. Counterpoint Research gave this information on Thursday. In the fourth quarter of 2018, smartphone sales declined by 7 percent. In the sale of smartphones, this has consistently declined in the fifth quarter. 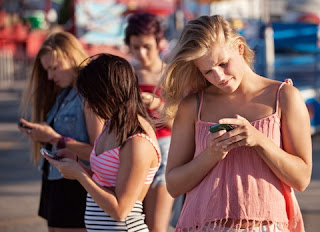 Samsung’s share in the global smartphone market is 19 per cent, followed by Apple and Huawei at 14-14 per cent, while Xiaomi is at number four and its market share is 8 per cent. Tarun Pathak, associate director of Counterpoint Research, said, “The main reason behind the decline in smartphone sales is the long cycle of buying a new phone in developed markets like America, China and Western Europe.”
Smartphone Original Equipment Manufacturers (OEMs) are trying to increase sales by adding features like Artificial Intelligence (AI), Multiple Camera Assembly, Full-Screen Display and In-Screen Fingerprint Scanners. “But customers are not buying new devices at the place of their old devices due to lack of innovation and high costs of new devices,” says Pathak.
Huawei, Oppo and Vivo’s dominance in parts of China, India, Asia and Europe remains intact. Samsung and Apple are having a tough time because they are getting tough competition from the Chinese brands Huawei and OnePlus affordable premium phones.