Google and Facebook are a threat to Human Rights: Amnesty International

Loading...
USNMix Report: ‘Facebook and Google
are creating conditions that harm human rights’.
Amnesty International, an international organization working for human rights, has called the business model of Google and Facebook a threat to human rights. Amnesty has released a report raising concerns about the ‘comprehensive monitoring’ done by these tech companies. The human rights organization has claimed that their platforms are largely ‘creating conditions that harm human rights’.
Facebook has disagreed with this report. The company says it is empowering the humanists. At the same time, Google says that it values people’s trust and also realizes the responsibility of protecting users’ data. The report says that Google is the most used search engine in the world, more than 90 percent, and one-third of the world’s population uses Facebook every day. According to Amnesty Secretary General Kumi Naidoo, “billions of people have no other viable option than to use this public space with Facebook and Google’s set terms.” 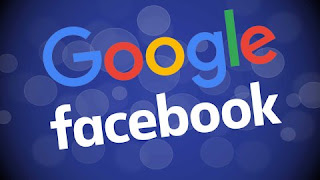 What to say about Amnesty
In a 58-page report, Amnesty described Google and Facebook’s business model as “a worldwide watchdog of billions”. The human rights organization has also said that ‘fundamental changes’ need to be made to the basic business model of these tech companies. Amnesty says that even though Facebook and Google do not charge any fees for their services, consumers have to pay for it in the form of their personal data.
For this, the report gives an example of the Cambridge Analytica case and it is presented as evidence of how users’ personal data can be used against them. Amnesty has appealed to governments that they should improve by examining their ‘surveillance-based business model’ by enacting laws related to data security and effectively regulating large tech companies.
What did Facebook and Google Say?
On Amnesty’s claims, Facebook says its business model is based on advertisements and promotes human rights by allowing people to raise their voices and stand united. In the report itself, Steve Satterfield, Director of Privacy and Public Policy, Facebook, has also been published. In this, Satterfield has spoken in 10 points. He says, “We respectfully disagree with your conclusion that our work does not conform to the principles of human rights.”
In addition, according to the website covering technology, a Facebook spokesperson said, “We are surprised by the Amnesty International report. Facebook connects people all over the world while protecting privacy. Tools like Free Basics in less developed countries this is being done through our business model. Like Amnesty International, by running ads on Facebook to reach your supporters, Defense to collect and groups pursue their mission. “
On the other hand, Google says that it protects the privacy of its users and is working even more in this direction. Tech portal ‘The Verge’ has published an e-mail response from a Google spokesperson. It reads, “We know that people trust us with their information and it is our responsibility to protect it. In the last 18 months, we have made a lot of important changes and have created tools that allow people to control their information. Can.”