Nov 23, 2019
Loading...
USNMix Report: Google’s big announcement,
who will find a decrease in pixels, will get a reward of Rs 10.76 Crore.
Legendary search engine company Google has introduced a program called Bug Bounty for its users. Under this, the company will give a reward of $ 1.5 million (Rs. 10.76 Crore) to the Google Pixel Series smartphone seeker. Google has written in its official post that if the person breaks the Titan M security chip present in the device, then the reward of more than 10 crores will be given as reward. Actually, the company made this chip specifically to protect the data of users. So let’s know about this offer from Google.
Data from Titan M chip remains secure
Let us tell you that Google’s Titan M chip has got the highest rating among all security chips. At the same time, Google has said that we have introduced this offer so that users can find any kind of deficiency in it, so that we can improve the deficiency and give better service to the users. 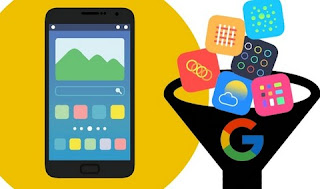 Those who find a decrease in pixels smartphone will get reward
Users who find flaws in the Google Pixel smartphone will be given a reward of $ 1.5 million. The company has written in its post that we have introduced this special program for the special preview version of our Android. In this program, 50 percent of the amount will be given as a bonus to those who remove the phone. The total amount received under the bug bounty program will be $ 1.5 million.
Google gave four million dollars as a reward
Google introduced Bug Bounty in 2015. The company has written in its blog that we have rewarded 1,800 reports so far. Accordingly, four million dollars have been given as a reward in four years. In addition, in the last 12 months, those who removed the Pixel phone have received $ 1.5 million. Bug bounties are called people who find a bug in a device or website.
Many tech companies ran bug bounty programs
For a long time, tech companies have been rewarding users who are lacking in their software and hardware. At the same time, bug bounty programs are very common among technology companies. On the other hand, many researchers have received a reward of up to crores of rupees for the reduction of products.