Google: online video viewers will reach 500 million by 2020 in India

May 10, 2019
Loading...
USNMix Report: More than 500 million people watched online videos,
disclosed in Google’s report
Online video today has become an important medium for information gathering and buying decisions for Indian users. A report by Google said that the number of subscribers watching online video in India by 2020 will reach 50 million.
Google’s ‘Year in Search-India: Insights for Brands’ report said that one-third of search for online video is related to entertainment. Apart from this, during the last two years, lifestyle, education and business in other categories has increased by more than one and a half times. 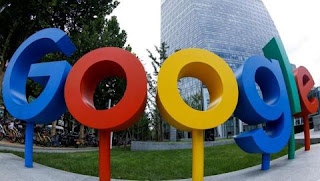 9 out of 10 languages in Indian languages
The report says that online video today is giving new shape to the way customers are collecting information and making purchasing decisions. It has an important role in taking car purchase decisions. About 80 percent of the car buyers are using it to research on the car. The report said that the voice search on Google platform is growing annually by 270 percent. The report says that out of 10 new internet users in India, 9 are Indian languages users.
Domestic market will cross 5 thousand crore
On the other hand, the domestic market of companies that broadcast online video content could be Rs 5,363 crores by 2022. This is said in a survey of Ascham and PwC. This type of new service is called over-the-top (OTT) service. Netflix, Amazon Prime, YouTube etc. are among the major companies in this field. The study, titled ‘Video On Demand: Entertainment Reimagined’, said that the domestic OTT market will be joining the top 10 global markets, with a total of Rs 5,363 crore by the year 2022. According to the study, the domestic OTT market will increase by 22.6% annually between 2017 and 2022, whereas for the global market this average is 10.1%.
According to the study, “Seamless connectivity, increasing share of mobile devices in the consumption of video materials, migrating from traditional revenue streams, content creation of platforms, and transfer of value to consumers, in the five main factors leading this business model. The availability of focused content is included. ‘ Significantly, the number of smartphone holders in the country is expected to increase from $ 46.80 million in 2017 to $ 85.90 million by 2022.