Skip to content
Loading...
USNMix Report: Google gives $ 4.5 million package
to evict accused of sexual harassment.
Google,  agreed to give the former Indian executive, accused of sexual harassment, a $ 4.5 million package to get out of the company. This matter is related to India-born Amit Singhal. Amit had been accused of sexual harassment and therefore he had to resign from the company in 2016. According to the reports published in the media, public information about this package was not available first.
This amount was disclosed in the whole case
Singhal was working as Senior Vice President in the company. They had the responsibility of Google’s Search Operations by 2016. Singhal was accused by a Google employee of catching him during a program outside. This information surfaced on Monday after a legal dispute filed by a shareholder of Google’s Mother company Elfabet. The amount has been disclosed in the whole case. 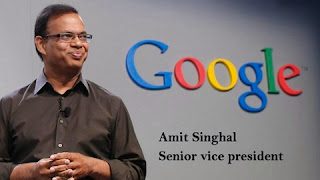 The shareholder charged the members of the board of the company that the members of the board did not properly discharge their responsibilities by paying such amount of money instead of taking out the accused executive from the company. This dispute was filed in the California Superior Court in January. On Monday, a revised version was filed in the court.
According to the revised pledge, Google had agreed to give Singhal a sum of $ 1.5 million each year for two years and in the third year he was given $ 500 million to $ 15 million. Singhal has not commented on this. Singhal was born in Jhansi in Uttar Pradesh and got an engineering degree from IIT Roorkee. He was part of Google’s search team for 15 years.