Skip to content
Loading...
USNMix Report: The new chat feature added to Google Photos
and it will be easy to share photos.
Legendary tech company Google has introduced a new chat feature for Google Photos. Through this feature, users will be able to share their photos easily. Also, in its official blog post, the company has given a way to make the feature work through a GIF. At the same time, Google says that in the coming few days Android and iOS users will get support of the chat feature. Earlier, the company launched many features such as markup tools.
Google’s new chat feature
Users will get the option to share photos with chatting under the new feature in the Google Photos app. To use this feature, users have to select ‘Send in Google Photos’ after tapping on the share button seen in the app. After this, the photo will be easily shared. Apart from this, users will be able to like photos like Instagram. Also you will be able to make comments on the picture. 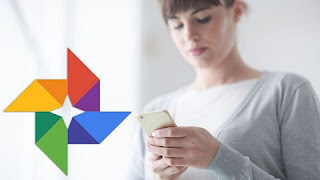 Google photo account is mandatory
Google has written in its blog that we hope that our users will be able to share photos with their friends and family members through this feature. But for this, both the sender and the receiver have to have an account of Google Photo app.
Markup feature was launched
Google launched the Markup feature last month. Users can write anything on this picture before sharing it through this feature. Also, users will get the option to highlight any part of the photo. Apart from this, users have also been given the option of Black, Red, Yellow, Green, Blue, Purple and White color in this feature.

How to apply online for Digital Ration Card in West Bengal

ZEE5 partnership with Celcom in Malaysia